For quite some time now Palma has become a hotspot not only for tourists and expats looking to move overseas but also for culture, art, fine dining and, of course, outdoor living.

For decades Mallorca has been the go-to destination for unspoilt nature and a laid-back lifestyle attracting new businesses and people from all over the world.

Mallorca - a perfect destination for filming

A combination of over 300 days of sunshine a year, a picturesque countryside, a dramatic mountain range, and a breath-taking coastline have managed to put Mallorca on the map of scouts from around the world.

Back in 2016 the movie ‘Me before you’ starring Sam Claflin and Emilia Clarke was filmed at the stunning beach of Formentor, which in the movie was presented as a romantic getaway to Mauritius. Another big hit filmed on the island was ‘The Night Manager’, released in 2016 used our sunny island as a set. The movie features an all-star cast: Tom Hiddlestone, Hugh Lawrie, Olivia Colman and Elizabeth Debicki. Do you feel like you’ve seen the spot where the famous kidnapping scene at a restaurant takes place? That’s because that was Ca’s Patro March at Cala Deià, one of the Mediterranean lunch spots you shouldn’t miss when on the island. In 2019 we saw how ‘The Hustle’, supposedly taking place on the French Riviera, was actually filmed in Mallorca too. The blockbuster starring Rebel Wilson and Anne Hathaway took over Puerto Portals, Portocolom and Cala Ratjada, among other locations on the island. On the 15th of May Netflix released ‘White Lines’, a series about a woman trying to solve the mysterious death of her brother, a famous DJ who disappeared from Ibiza many years ago. Even though a big part of the drama was filmed in Ibiza, Mallorca was actually home to the house where most of the scenes took place. Marcus' splendid house is a Vila called Can Pirata in Cala D'Or, which is available on AirBnb! There’s more: the house featured in the first episode is the famous Michael Douglas' S'estaca estate in Valldemossa.

One of the biggest news for the season this year was brought to us by United Airlines, who announced that it will be flying direct to Palma Son Sant Joan Airport from Newark Liberty International Airport. From June 2022 onwards, the route will be scheduled three times per week. After becoming an increasingly popular destination for Americans, the Council's tourism foundation and the national tourism agency ‘Turespaña’ also announced that they will be carrying out promotional activities in certain US cities, such as Boston, New York and Washington as well as further afield - Atlanta and Miami.

But New York is not the only new city on the map of new flight connections landing directly in Palma. easyJet will serve Palma de Mallorca with two weekly flights directly from Lille from the 1st of May onwards. After Bordeaux, Nantes, Nice, Toulouse and Geneva by adding Palma de Mallorca to its list of destinations, Lille Airport increases the accessibility of southern destinations for Belgian travelers to enjoy the warmer months at the idyllic destination Mallorca is.

As you’ve read before on our blog, Mallorca has been one of the most sought after investment markets for property hunters now for many decades. The status of the real estate market has had a steady growth over the past decade, and even contrary to the assumption that the real estate market collapsed after COVID, the reality was completely the opposite: the sale of high-priced properties and continuous demand continued to impact the market.

And there’s one thing that has stood out when analyzing the real estate market on the island after COVID: outdoor living has become even more important and popular among home buyers. The new reality including social distancing and a higher importance of privacy has made Majorcan living extremely attractive. We’ve witnessed a dramatic increase in demands featuring fincas or villas with lots of land, terrace, pool and/or Mediterranean gardens. Our new reality has given us the possibility to work from home more than ever, meaning having a comfortable, spacious house to do it from has become a priority. Luckily the Majorcan real estate market is blooming and filled with opportunities to pursue a healthier, tranquil lifestyle.

If you’re currently house hunting, we’ll be pleased to help you out. Check out our updated portfolio and let us find your dream home! 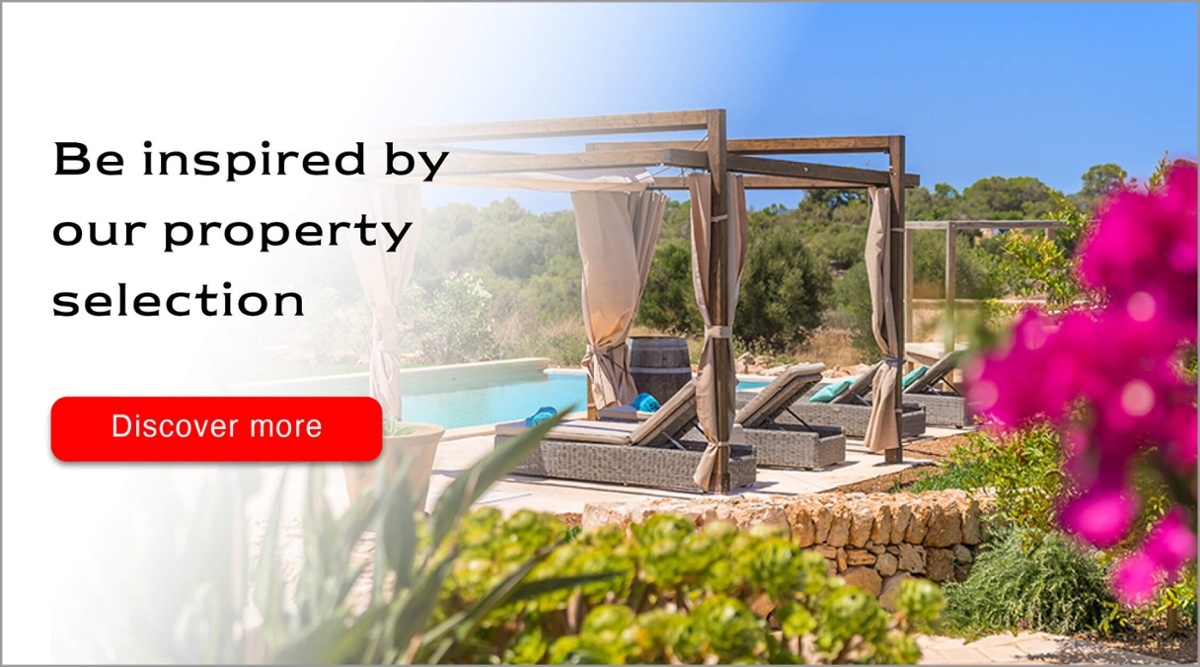 Legal Situation - Renting property in Mallorca became a hot topic last year and, as much of the reporting was not...

The buzzing gastronomic scene in Mallorca has been attracting foodies from Europe and all over the world for many years...