The new Paseo Marítimo: living by the sea right in the heart of Palma

Palma's Paseo Marítimo is a precious jewel that, for different reasons, has remained hidden for the last few decades. The good news is that, starting this autumn, it is going to once again shine in all its splendour.

One of the most ambitious plans undertaken in recent times is going to make one of the dreams of the inhabitants of Palma come true: to open up their city to the sea. In this way, cars and traffic lanes are going to give way to people, to areas with gardens and wide pavements, trees, parks, rest areas, beautiful shops, restaurants and terraces with sea views.

It is planned, among other things, to increase the width of the pavements from 5 to 10 metres. At the same time, a large number of flowerbeds will be built and approximately 2,000 new trees will be planted, which will be watered with a new rainwater harvesting system. Previously isolated areas, such as the Club de Mar or the historic Paraires area, will also be opened up to the city. The conversion of Avinguda Gabriel Roca into a boulevard will start this year, has a budget of 37.5 million euros and a completion period of 20 months. In the centre of Palma

Few places in the world are fortunate enough to have a seaside promenade like Palma, with several kilometres of coastline and just a few minutes' walk from the main attractions such as the Cathedral, the old town, emblematic historic buildings and cultural centres, and the Bellver forest, Palma's natural lung that surrounds the legendary round Castle built between 1300 and 1311.

In addition, strolling around enjoying the pleasant sea breeze and the sun that shines in Mallorca 300 days a year, you will find the most exclusive boutiques, restaurants for all tastes, museums and other leisure activities for all ages. The Real Club Náutico de Palma, home of the prestigious Copa del Rey de Vela, or the Club de Mar marina, are located on the Paseo Marítimo itself.

Also, within a 15 minute drive, residents of the Paseo Marítimo have easy access to several first class golf courses, such as Golf Son Muntaner, a member of the European Tour, the island's leading international schools, the luxurious Puerto Portals, relaxing beach clubs and the most modern shopping centres with state-of-the-art cinemas. And, of course, to some small beaches and calas with crystal clear waters and fabulous views of the bay.  Palma airport, the third largest in Spain, is only a 10 minute drive from the Paseo Marítimo, and connects the island to major European cities in just two hours.

The Paseo Marítimo of Palma is intended to have a similar essence to that of El Molinar, but with a much wider and more exclusive range of leisure and services. A space where everyone feels welcome and can enjoy a few hours with the family in the large children's play areas, or playing sports, or strolling alongside the moored boats, or enjoying a soft drink or a glass of wine under the blue Mediterranean sky, or reading a book sitting on a wooden bench under the cool shade of the palm trees.

An exclusive and sustainable area

The Ibizan architect Elías Torres, winner of the National Architecture Prize, has been in charge of designing this project that puts people at the centre, with the aim of increasing their quality of life.

The elimination of two of the six car lanes that existed until now, three in each direction, will undoubtedly contribute to this fact. And to the drastic reduction of noise pollution. Most of the open-air car parks, which detract from the visibility of the sea, will also disappear. These spaces will be replaced by new underground car parks, which will be added to the existing ones in the area, with the capacity to meet all the needs of residents, as well as those of visitors who come to stroll, eat or go shopping along the Paseo Marítimo.

With this project, Palma is taking a very important step forward in its desire to become an increasingly green and sustainable city, finally giving the sea and its surroundings the importance they deserve, as a fundamental meeting point for its inhabitants. And, of course, as a new attraction for visitors to the island, which will contribute to increasing the supply and wealth of the area.

For all these reasons, from now on, living in the area around the Paseo Marítimo will be even more exclusive, increasing the quality of life of the people and raising the value of the properties.

Gomila: a unique opportunity to live next to the Paseo Marítimo in Palma

Just a few steps away from the Paseo Marítimo is one of Palma's most historic neighbourhoods: El Terreno. This emblematic place was once the residence of world-famous writers, actors and artists. The remodelling of the Paseo Marítimo is going to make El Terreno one of the most revalued areas of the city from now on. And it is precisely in El Terreno where, from this autumn, the homes of the new Gomila project by Engel & Völkers will start to be marketed.

Gomila comprises seven buildings with different rental housing options. These new sustainable buildings, designed by the prestigious architectural studios MVRDV and GRAS, stand out for their design and colour. The flats have between one and three bedrooms, living room, equipped kitchen, underfloor heating, air conditioning, double-glazed windows and doors, garage space and the possibility to use the swimming pool and gymnasium. The surface area of each flat varies, and all have a private terrace. The project also includes several restaurants, a bakery, a florist and a small supermarket open 24 hours a day.

As good islanders, for the inhabitants of Palma the sea has been part of their genetics for centuries. Unfortunate decisions in the past have denied them access to this jewel that is the Paseo Marítimo, favouring the traffic of cars and goods instead of looking after the needs of people and families.

But this autumn everything is changing, and the dream of having a Paseo Marítimo in Palma full of vegetation, large pedestrian areas and spaces to share and enjoy the open air is finally becoming a reality.

©️ The architectural studio Martínez Lapeña-Torres Arquitectos, together with the TYPSA Group team 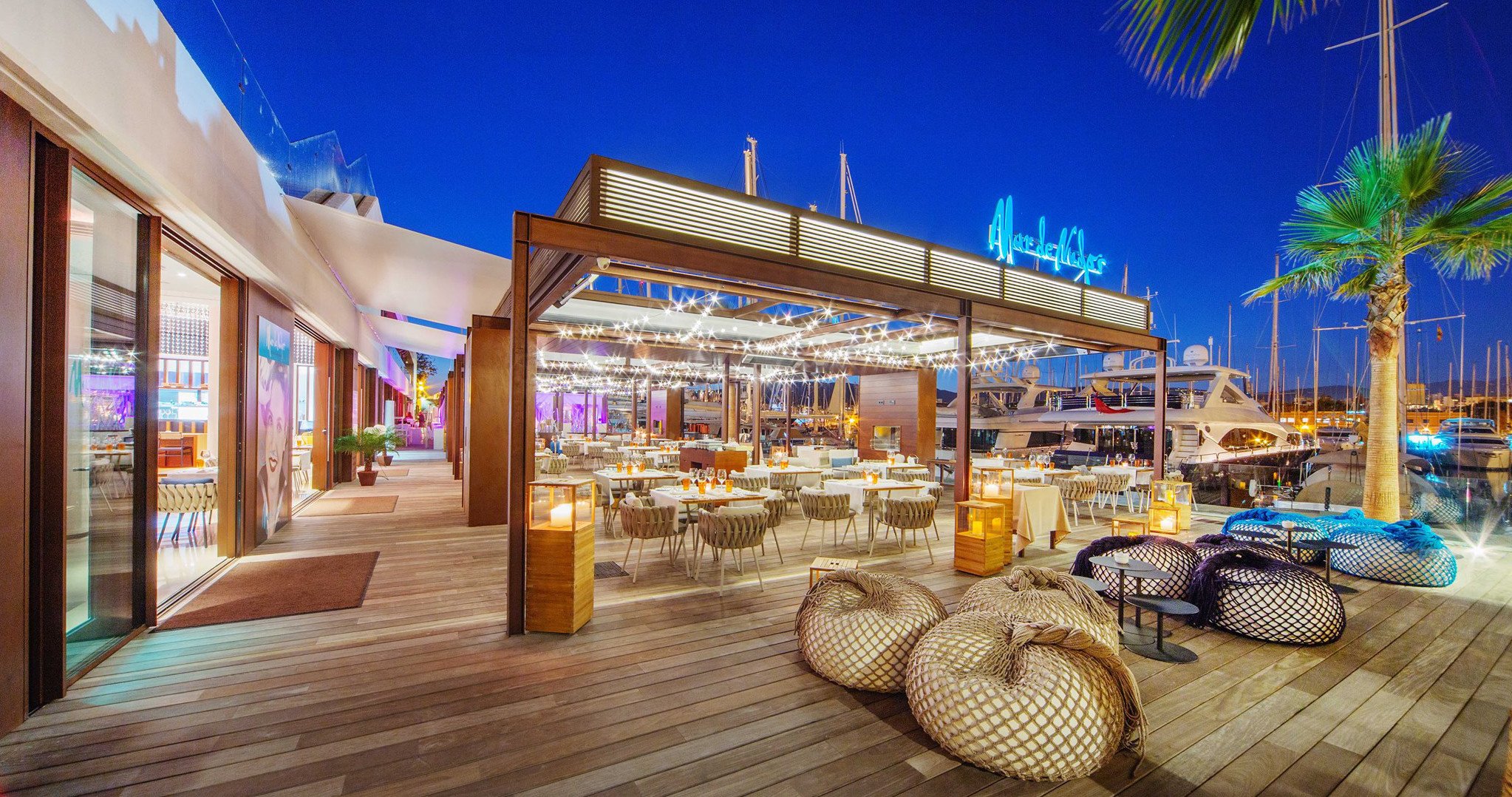 The buzzing gastronomic scene in Mallorca has been attracting foodies from Europe and all over the world for many years...